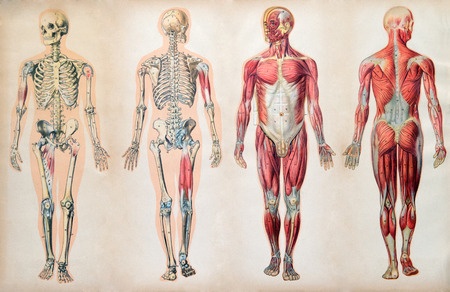 I’d like to send a special thanks to speech-language pathologist, Mary Spremulli,MA,CCC-SLP, for her invaluable assistance in the writing of this article.

Is it possible for your body to learn new behaviors even if you have Parkinson’s Disease?

Although Parkinson’s is an extremely difficult disease and often times a devastating diagnosis, there are strategies that makes things better, provide hope and allow you to continue to thrive with a better quality-of-life.

Parkinson’s is a neurologically degenerative disease that attacks nerve cells in an area of the brain called the basal ganglia and the substantia nigra where dopamine is produced. Dopamine is a critical neurotransmitter that facilitates movement and is in increasingly small supply if you have Parkinson’s.

But there is evidence that new neuro pathways can be created allowing you to again perform tasks that have become difficult.

This article is part one of a two week series where I will feature ways that you can, for lack of a better phrase, trick the disease and encourage your body to learn new behaviors.

Please note that before beginning any new exercise, even voice related, you should first check with your doctor.

How to improve the volume of your voice when you have Parkinson’s:

Parkinson’s disease can effect the the voice of the individual in many ways. One of the common symptoms that can occur is a quiet or soft voice according to the Parkinson’s Disease Clinic and Research Center at the University of California, San Francisco.

Although difficulty with speech is not always associated with Parkinson’s disease, estimates are that 70%-90% of persons with PD will develop speech abnormalities over the course of the disease, and in fact, a change in speech may be one of the first symptoms. The speech disorder is often characterized by:

Alternatively, individuals may complain of rapid bursts of speech. There may also be a loss of inflection leading to a monotonous sounding voice often accompanied by a reduction in facial expression.

These symptoms may impair communication both at work and at home. Hypokinetic dysarthria(HKD) is the broad term for the speech disturbance experienced by persons with Parkinson’s disease.

Some studies show that Dopamine replacement which is used to improve motor symptoms may yield some benefit in speech production for some, and for others, no particular benefit. Similarly, following DBS placement(Deep Brain Stimulation), some patients may experience a decline or change in speech production.

Speech-language pathologist working with  patients with Parkinson’s use methods to address the dysarthria like the LSVT(R) Loud program. According to LSVT(R)Global:
LSVT LOUD improves vocal loudness by stimulating the muscles of the voice box (larynx) and speech mechanism through a systematic hierarchy of exercises. Focused on a single goal “speak LOUD!” – the treatment improves respiratory, laryngeal and articulatory function to maximize speech intelligibility. The treatment does not train people for shouting or yelling; rather, LSVT LOUD uses loudness training to bring the voice to an improved, healthy vocal loudness with no strain.
Another approach  to maintaining improvement from speech therapy, is to join singing group such as the Tremble Clefs.

Tremble Clefs is a nation-wide program for people with Parkinson’s and their care partners. The Tremble Clefs Program establishes singing groups in which individuals share in a joyful activity with therapeutic results and work toward a common goal.

A strategy I find extremely intriguing is a technique called auditory masking, which happens if the perception of a sound is altered by hearing another sound.

Here is the concept.

As we speak, we are conditioned overtime to hear our voice at a consistent or regulated volume. Auditory Masking (delivering sound such as white noise or babble played in one’s ear) elicits the Lombard effect.

By suppressing the individuals ability to hear their own voice, without prompting they speak louder as they try to overcome the background noise loud enough to get the proper auditory feedback. The results are immediate.

In the video accompanying this article, I am assisted by my client Leonard who has Parkinson’s and struggles with a soft voice. I am handing him cards from my Memory Cards Plus which is a game I have created that introduces brain challenges that you attempt to solve while exercising.

Memory Cards Plus employs well known principals for improving cognition, attention span and memory. I’m asking Leonard to name the image he sees on the cards. I also ask him just speak. Notice the volume of his voice?

Watch whenever you like from your desktop, tablet or mobile device. Your membership provides access ALL SmartXPD® programs and our growing library.